This waffle is our absolute favorite waffle and is filled with whole grain goodness. I make a double batch of these over the weekends and freeze them for a quick breakfast on school mornings. The cinnamon and vanilla in these add a surprising depth of flavor and the stick-to-your-ribs grains are the perfect way to start your day.

In a large bowl, combine the whole-wheat flour, unbleached flour, dry milk, cinnamon, baking powder, baking soda, wheat germ, and salt; mix well. In a medium bowl, mix the eggs, oil, milk, and vanilla. Pour over the dry ingredients. Coat your waffle iron with vegetable cooking spray and preheat. Pour 1/2 cup of the batter into the center of the hot waffle iron and cook until the batter stops steaming, about 6 minutes. Cooking time varies according to the they type of waffle iron you have. Repeat with remainder of the dough, applying the cooking spray between waffles. Serve warm with your favorite syrup or fruit preserves. 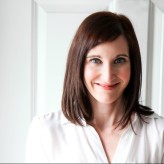